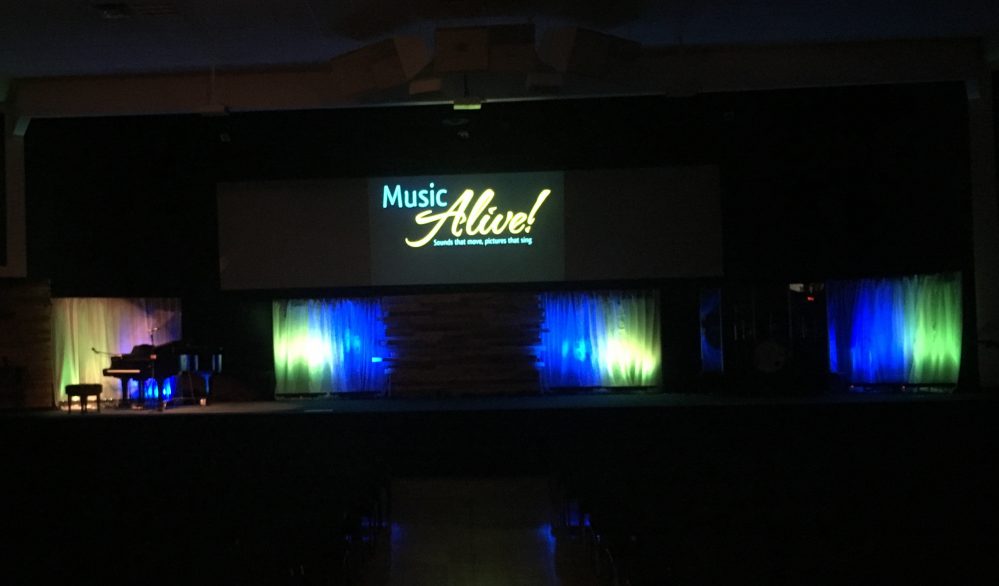 Music Alive! 2017 was such an exciting event! Unlike typical recitals, Music Alive! involves more than just getting up and playing a piece on the piano. Students from the Piano Sensei studio create their own multimedia projects where they pair their music with photos, videos, graphics, acting, movement, or any other kind of visual component.

This is not only more engaging for the audience, but the process stimulates creativity, expression, and imagination in the students working on their projects. For example, the photo below shows Shyla playing a piece called Hopak, which is a folk dance. She came up with a routine which matched the music, and you can see the people on stage walking in a circle during this moment of the music:

Another example is Mandy who came up with a story to go along with her piece. She put the words on the screen along with some images that fit the story. Watch it below:

Some students’ projects were even more complex and involved editing and recording ahead of time. In these cases, the audience watched the finished video on the screen without a live performer. The student was able to sit in the audience and watch his video! Below is Ashton’s project where he actually recorded 4 different parts to a song and then combined them all together!

Other students used graphics visualizers which respond to the music in real time. These are fascinating because you can actually SEE the music come alive on the screen. Here’s an example of Ian playing Boogie Man. He chose the colors and the patterns, but the movement is all done through the computer software that’s listening to the piano through the microphone:

Students benefit from the expansion of their creativity and imagination, the audience benefits as they experience the music on a deeper and more enhanced level, and the teacher benefits because it provides an enriched learning experience and helps to motivate the lessons!

To see more examples, go to the Music Alive page