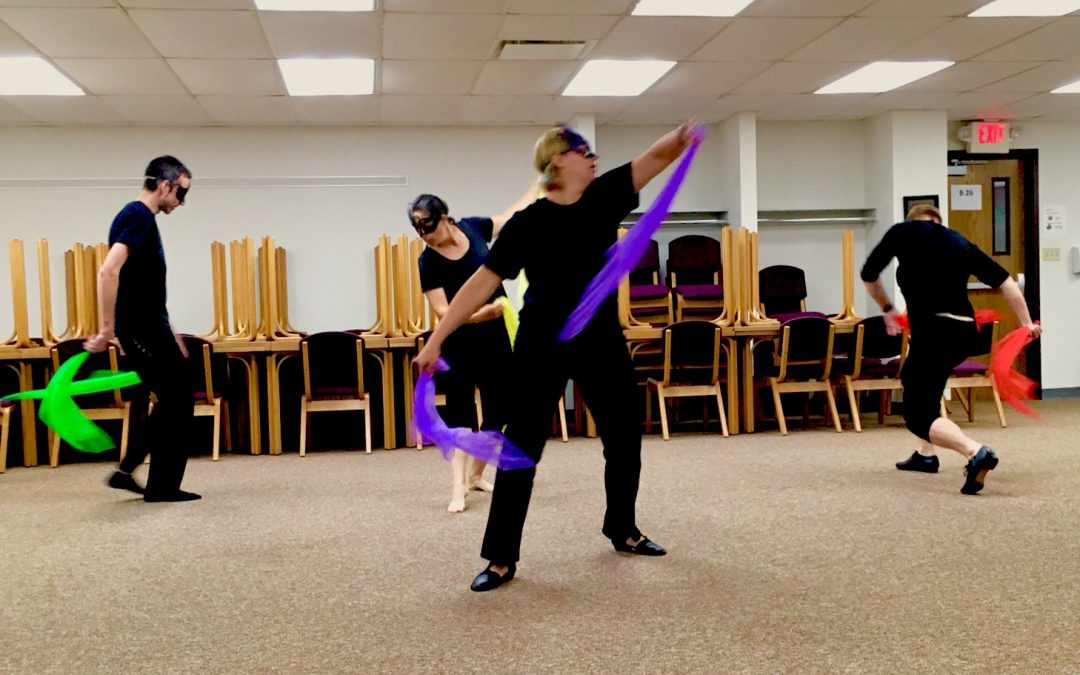 I recently attend a week-long Dalcroze Eurhythmics training workshop, and it was so amazing! Eurhythmics means “good flow”, and this philosophy was developed by Emile Jaques-Dalcroze. He was a Swiss music teacher who believed in using the body to experience and learn music – everything from beat and pulse to phrasing, dynamics, form, solfege, and on and on. The idea is that everyone is born a musician, it’s innate in all of us. The question is whether it’s fostered and developed, or if it’s suppressed and atrophies.

I had so much fun at this workshop, and I realized that people are more focused and can learn more when they are having fun and enjoying themselves in the process.

The other great thing about the Dalcroze Eurhythmics philosophy is that there can be so many layers of learning going on at the same time, and once you master a certain skill, however small, you add another level of difficulty or another layer, continuing to engage the mind. Here’s an example:

We did this exercise where we sang a scale (“do re mi fa” etc.) but starting with just “do”, and then “do re”, continuing to add on until we reached the top of the scale. Then we did the same thing in reverse, starting at the top, adding a note each time until we came all the way back down.

Then once we could do that, we had to walk the beat and conduct a 4-beat pattern at the same time as singing!

If that wasn’t a challenge enough, we then did all of that (singing the pattern, stepping the beat, conducting in 4) AND in a round, divided into 4 groups, each starting one beat after the other. Here is the result! The video was a blur because I was holding my phone as we were all walking around. So it’s just audio:

Here’s a short clip of a lesson that another teacher and I had to come up with and share with the class. Everyone is reacting to the syncopation and accented rhythm of the piece . . .

A fun thing we did at the end of each day was folk dancing. Although not exclusively a Dalcroze thing, these still incorporate the idea of moving to the music. It was a nice “cool down” to an intense day.

Another thing we did during the week was create a “Plastique Animee” in small groups. Basically they assigned us a piece of music and we had to move to the music, expressing the different elements in the music. This is sort of like dancing, except a lot of it is improvised, and it’s just free expression. None of us are trained dancers or anything. And it’s not choreography because there aren’t prescribed steps or motions, although we did decide that certain parts of the music called for certain things. Here’s the video performance of my group, enjoy! (The music is a Tango by Piazzolla)

The next time you are listening to music, feel free to move and express yourself! You might want to do it when no one else is around so you’re not so self-conscious, though =)

For more information on Dalcroze Eurhythmics: